Researchers at the university of California, riverside, have found that rechargeable batteries made by recycled glass can store up to four times more electricity than conventional lithium-ion batteries.In addition, the waste glass is ground to powder and the silicon base negative, which can prolong the battery life of the phone and even the electric car. 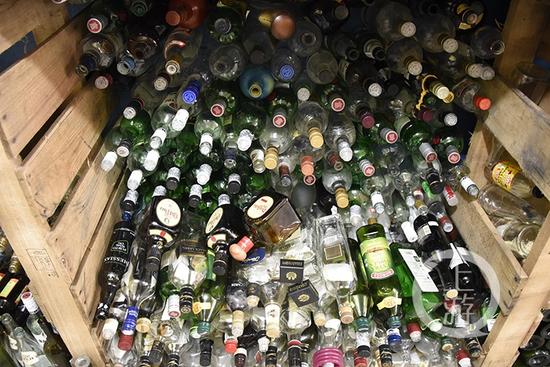 A recent study by the university of California, riverside, used environmental materials to make lithium batteries negative.The researchers used recycled glass to create rechargeable batteries that contained silicones.Compared with the carbon base of a conventional lithium battery, the silicon anode can store more power.However, such battery performance is not stable enough to expand and contract when charged and discharged.However, the problem can be solved by reducing silicon particles into nanoparticles.

Manufacturing nano silicon anode took three steps, first to press the glass broken, ground into a fine white powder, and then adding magnesium powder and heating make its produce chemical reaction, and finally in the resulting mixture is coated a layer of carbon.The silicon nanoparticles are more stable and can also improve the storage capacity of the batteries.The researchers said the chemical reaction was so low that they had applied for a patent and would then put it into production.

"The first thing we use is the landfill waste glass, to create the rechargeable battery can store more power, charging faster, than the button battery performance more stable on the market," the university of California, riverside, a graduate of materials science and engineering, said "for the next generation of lithium batteries, therefore, we have had a promising alternative."